The Growing Demand for the Automotive IC 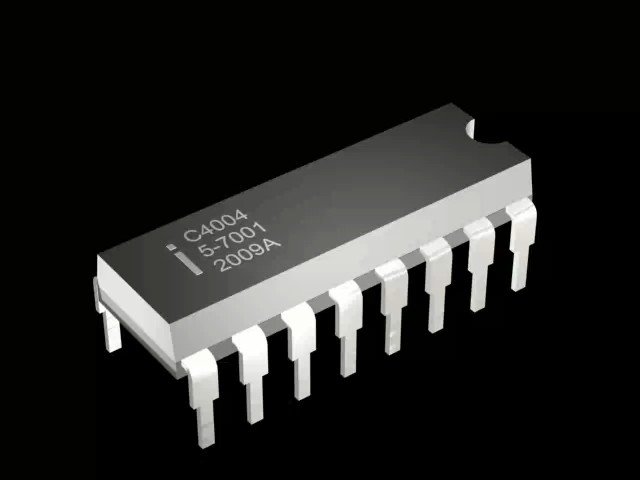 The modern vehicle is becoming smarter. Almost every process is now electronically controlled and more complex than before. But that also means more computing power. So the number of electronic control units is also increasing-and getting better. The average car on the road today uses about 50 ECUs, with high-end models having up to 100. This trend has caused the automotive IC industry to register dramatic growth and vehicles to become safer, more efficient, and comfortable.

The rapid adoption of automotive IC components is attributable to several factors. One of them is government rules that set vehicle safety and emission standards. In response, automotive IC manufacturers are designing system ICs that make critical decisions in emergencies. In that line, also, are engine management ECUs that ensure fuel economy and low emissions.

In addition to government regulations, consumers are expecting more comfort from their vehicles. That has led to the inclusion of audio and video, climate control, and other systems that vary from one vehicle to another. For the first time, also, we are witnessing dozens of automated systems that free the driver to concentrate on the steering wheel.

And as automakers compete in the car industry, we are seeing the introduction of new electronic systems that make cars safer and more efficient. These include driver assistance and warning systems, vehicle-to-vehicle communication, and other modern technologies. There is also a recent trend where vehicles connect to the internet for real-time tracking and other functions.

But the recent development of electric and autonomous cars is what is fueling the automotive IC industry growth in a bigger way. With them comes the need for a new level of semiconductor components and more lines of code. A lot has happened in that direction, too, leading to complex systems that recognize images in real-time and other AI functions.

Meanwhile, the automotive IC industry has to cope with the demand for long-lasting components. Unlike the semiconductor chips used in normal electronics, automotive ICs must not fail easily. That would cause many concerns, given the role of vehicle ECUs in providing safety and efficiency.

The Need for Reliability and Longevity

Vehicle IC components operate in harsh conditions such as temperature extremes, intense electromagnetic interference, and vibrations. In all these situations, the chips have to remain efficient and effective. That has resulted in the development of rugged components that cope better than those used in consumer electronics.

Whereas commercial IC parts can only work in temperatures below 100 degrees centigrade, vehicle ICs can tolerate higher heat levels. Automotive industry standards require parts that can withstand between -40°C and 150°C without losing efficiency, depending on the application.

Besides temperature extremes, automotive ICs must remain functional in the presence of other electrical parts. That means freedom from the effects of electromagnetism, magnetic field, and more. The IC components are also subject to electrical faults such as shorts or voltage overload and need to withstand them as well.

Longevity is also an important factor when designing vehicle ICs. Automobile IC components are built to last ten years, even up to fifteen years compared to only 3 years for the commercial types. This ensures low failure rates over a car’s lifetime.

Considering the impact short-lived components can have on car safety, it’s useful that the automotive IC be as reliable as they can possibly be. In that regard, there are specific requirements that manufacturers must follow throughout the entire process to make IC components.

A lot of engineering goes into making automotive IC chips. Additionally, their manufacture is governed by several international quality standards. The standards include the process to produce the chip itself as well as testing and packaging procedures. The key ones are:

The IATF 16949 standard checks the quality levels of manufacturing and testing facilities. It identifies the risks of the process and seeks to ensure company policies toward safety. Both the AEC Q100 and AEC Q200 concern with stress testing the chips to ascertain failure rates.

The AEC Q100 tests the semiconductor chip’s reliability for active parts, the AEC Q200 passive components. Qualification involves testing the chips for operational effectiveness in different conditions, one of them being temperature extremes.

That also depends on the application and tests are divided into grades. Generally, sample chips are subjected to temperatures from -40°C all through to 150°C and failure rates recorded. The temperature grades are divided into four ranges, the lowest being -40°C to 85°C.

There are several other tests that automotive IC components undergo, such as humidity and vibration tests. Some are manufacturer-specific, while others are universal. These aim to ensure set standards are followed and that the electronic components for ECUs are effective and reliable.

Other automotive requirements include the ability to detect and communicate failure. This forms the basis of dashboard warnings that report system errors. Additionally, the ICs must offer acceptable levels of safety by taking the most appropriate action in the event of failure. These vary from switching capabilities to moving a vehicle to a fail-safe mode.

Automotive IC parts are still liable to failure, despite the rigorous devotion to quality and reliability. Apart from manufacturer defects, extreme heat or cold and vibrations are the major causes of failure. That said, it must be noted that vehicle electronics experience one of the least failure rates. And as manufacturers find better ways to cushion the components from heat and vibrations, the failure rate is decreasing even more. 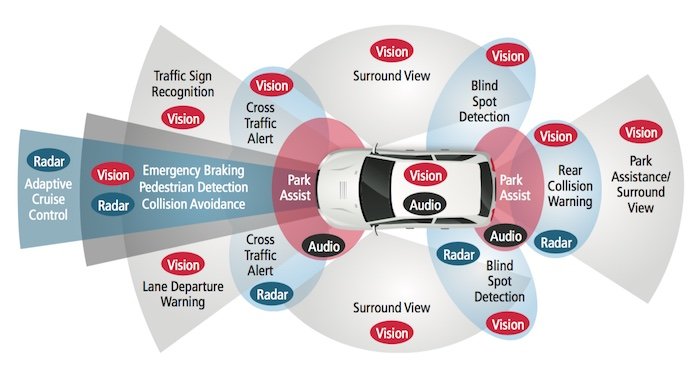 The Future of the Automotive IC

According to research, the use of automotive IC is growing at a higher rate than any other time in history. More cars are being produced than before while government regulations are becoming tighter regarding automotive safety and environmental protection. The application of automotive ICs is further fueled by the development of autonomous cars, which require more microcontrollers than the regular car.

With more players entering the autonomous vehicle market, the application of ICs is projected to continue experiencing tremendous growth. Automotive IC manufacturers are also developing better components, with recent advancements seeing the inclusion of different applications on a single chip.

One of the challenges in the development of automotive IC components is the stringent requirements. Despite their use in harsh environments, vehicle semiconductor chips have to offer low failure rates, usually one in a billion parts. That is more of zero failure rates and a contrast to the requirements in other sectors where the acceptable failure rate is often one in a million parts.

There is also the issue of the performance requirements, especially for safety-related ICs. Unlike the traditional system IC, these require leading tech AI algorithms while also ensuring tolerance to different conditions. There are such products already, as the industry prepares itself for the future of the modern car.

Automotive IC components serve many functions to make a vehicle safer, more comfortable, and efficient. They take up little space while performing complex functions with high levels of accuracy and effectiveness. This reduces system costs and energy losses. As vehicles become more sophisticated, automotive IC manufacturers are building better chips that compute huge amounts of data within a short time. The ICs form the basis of the future car, whether human-driven or autonomous.