Fuel control actuators or the FCA, also called fuel metering valve, is an electronically controlled solenoid valve which is part of the fuel injection system. This auto part is responsible for controlling the amount of fuel (gas or diesel) that enters the pumping chambers. Whenever opened, maximum amount is being supplied to the fuel inject pump. All fuels that wasn’t able to enter the pump is being directed to what we call the overflow valve.

What are failing fuel control actuator symptoms?
Just like other auto parts, a bad fuel control actuator 5.9L cummins produce warning signs such as hard to start engine or no start at all, rough idle, rattling sound from under the hood, rough engine operation, and/or surging engine RPM.
When experiencing such, it is with great importance to have your vehicle inspected for a proper cummin fca test to known if replacement is required.

MZW is a solution provider for automotive aftermarket products.

Solidly established back in 1995, MZW is a company that specializes in producing auto parts aftermarkets. Over the years, the company has enjoyed constant growth due to the consistent provision of reliable auto parts resulting in us being a household name in China’s aftermarket industry.

All products are covered under the company’s consumer-friendly warranty policy and are guaranteed to conform with the strictest ISO quality system and product standards (ISO 9001; TS 16949)

If the cummins fuel control actuator test/inspection suggest a replacement, MZW is a name you can trust.

Get the exacting performance from top units such as Bosch 0928400666 and others with MZW fuel metering valves. All units are designed specifically to provide fitment for different automotive supplier brands’ OEM parts. Our replacements will provide a hassle-free, easy to install features allowing you to save time and money as well.

We guarantee you every MZW fuel control actuator has passed a series of strict tests:

Allowing you to purchase fuel control actuators at a price that doesn’t even half OEM parts, we also give you the advantage of sourcing other fuel injection components making us your all-in-one service, maintenance, and replacement provider.

With this, you are rest assured to find exactly what you need in just one shop. Also, our vast selection of automotive part replacements gives you the advantage of a faster product transport. Here at MZW, we just not prioritize quality, we also give importance to your time.

Please send us your list and we will do the search for you manually.

LET US DO THE SEARCH FOR YOU

Along side fuel injection components, MZW product portfolio offers other units including starter motor, brake parts, steering and suspension, automotive cooling products, and other electronic accessories. Our aftermarkets covers almost every car brand and models you can see today including classics.

Today, MZW has over 50,000 dependable and top-tier units ready to be sent out. With compromising quality, all products we ship are transported using improved packaging allowing you to receive orders in their complete, pristine conditions.

Get the best deals of fuel control actuators here at MZW Motor.

Connect with us through our service hotline and source world-class replacement in our vast product catalog.

The Fuel Metering Valve and how it works 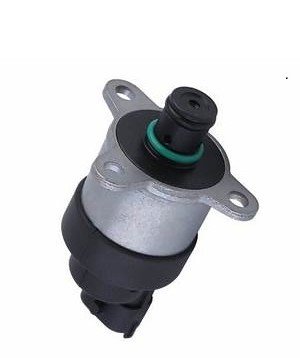 You cannot easily mistake the metering valve. Outwardly, it’s a cylindrical device that contains a wiring harness or connector at one end and mounting surface on the other. The connector may be bent (always closed) or straight (always open), depending on the particular application. Bent head valves are normally used in trucks, the other type in small cars.

Internally, the fuel metering valve consists of an electromagnet or solenoid attached to a spring-loaded plunger and valve member. The spring helps to tension the plunger, keeping the valve open. On the other hand, the plunger moves axially to respond to the signals that control the valve’s operation.

The fuel inlet metering valve, as it is also called, contains inlet and outlet openings. The inlet connects to the fuel transfer pump, helping to draw fuel when the engine is running. On the other side, the outlet sends fuel to the pressure chambers or pistons of the high-pressure pump. The quantity of transfer depends on the action of the solenoid which, in turn, is controlled by the ECU.

The fuel metering valve forms part of the system that delivers fuel to the engine. Other components include the high-pressure pump, fuel pressure regulating valve, fuel pressure sensor, and the fuel rail. These parts work together to control the fuel pressure, resulting in better fuel atomization and improved engine performance.

Why do vehicles need the fuel metering valve? Here is why.

The high-pressure pump compresses fuel before it reaches the fuel rail, ready to be injected into the engine cylinders. Normally, the pump would compress all the fuel that enters the pressure chambers irrespective of the engine requirements. That would be wasteful of power. It would also result in excessive and unnecessary compression, causing the fuel to heat up. Regulating the flow helps to prevent these two scenarios.

By regulating the flow of fuel, the metering valve ensures only the required amount of fuel goes into the pump. That, in turn, improves the efficiency of the pumping elements by preventing unnecessary compression of fuel. It reduces the strain on the pump and helps to prevent energy wastage.

In addition to making the pumping system efficient, regulating fuel volume reduces the overall pressure in the entire system, particularly the fuel rail. This causes the fuel to lose a considerable amount of heat. As a result, expensive fuel coolers are not needed.

How does the valve accomplish these two functions? Let’s see.

Fuel Metering Valve: How it Works

The fuel metering valve is duty cycle controlled by the ECM or engine control module. The higher the duty cycle, the higher the fuel pressure and vice versa. The valve contains a spring loaded plunger inside an electromagnet. When the solenoid (electromagnet) is de-energized, the spring usually presses against the plunger and keeps the valve open.

Upon energizing, the solenoid acquires magnetic energy and pushes the plunger against the spring. The action reduces the valve’s opening. As a result, less fuel goes into the high pressure pump and the pressure in the rail reduces. This working principle is what the typical metering valve employs.

The working of the fuel metering valve depends on the signals sent by the ECM. This is the computer that controls the engine operation. The ECU, in turn, uses the engine requirements and the driver’s needs to operate the valve. It also uses the data supplied by the fuel pressure sensor, which is usually installed on the fuel rail.

How does the fuel metering valve fail? Find out next

The fuel metering valve is an electromechanical device. That means two things. First, the valve is prone to failure due to electrical circuit and connection faults. Second, it can fail from wear of the moving components or corrosion. Sometimes, the valve becomes filled with debris that causes it to malfunction. The fuel metering valve problems are, therefore, electrical and mechanical in nature. They involve the following. 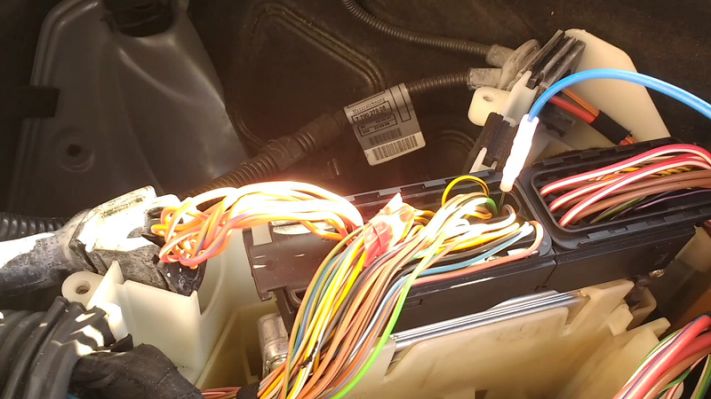 A faulty or damaged metering valve leads to a number of issues. Depending on the particular vehicle, the control system detects the problem and initiates certain measures to protect the engine. In most cases, control faults lead to the system setting the engine to operate within safe speed levels, popularly known as “limp mode” speed.

Although not necessary, a fuel metering valve problem results in the injected fuel cutting out. The engine then stops running. It may even fail to start. Overall, you are bound to notice a change in the performance or efficiency of the engine such as increased emissions.

To sum up, common fuel metering valve symptoms include the following.

Fuel metering control valve problems are usually diagnosed by connecting an instrument called a lab scope or oscilloscope. The scope measures the pulse modulation of the metering valve, helping to detect deviations. Reading the computer error codes also helps to find out the specific failing part of the system and the particular problem.

Other methods include the testing the valve’s power supply path or system. That means the entire circuit, from the ECPM to the valve itself. The valve’s internal components can also be inspected for wear, corrosion, or rust, and pitting. If found to be defective, the valve should be replaced. Sometimes, the valve only requires cleaning to make it functional again.

The fuel metering valve may appear to be insignificant. However, it’s one of the components that need to work properly for the engine to perform as per expectations. It helps to regulate fuel quantity and (therefore) correct fuel pressure in the rail, as we have seen in this short guide. As such, understanding how it works allows you to ensure the correct operation of the injection system. That in turn, means the proper working of your car or truck.

Send Us Your Inquiry