Starter field coil is usually formed by bare flat copper wire wound. Its quality is directly related to the quality of starter stator. 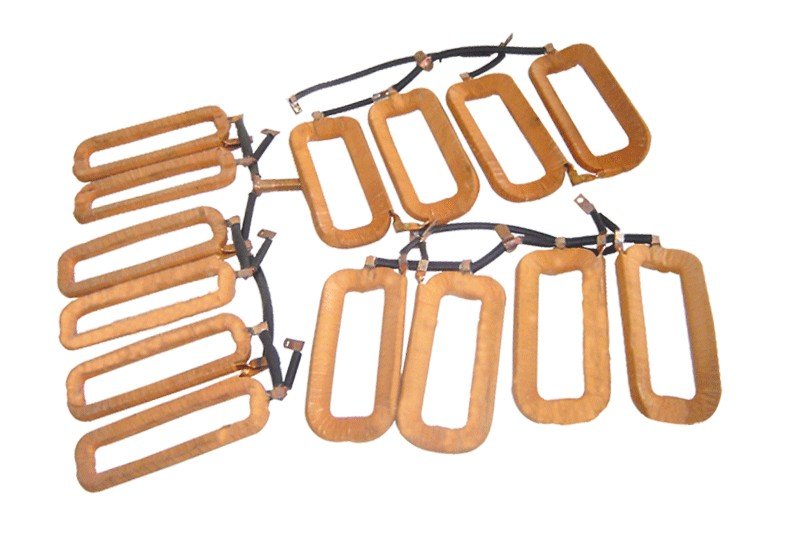 We pay serious attention to each and every MZW field coil to deliver customers’ satisfaction. 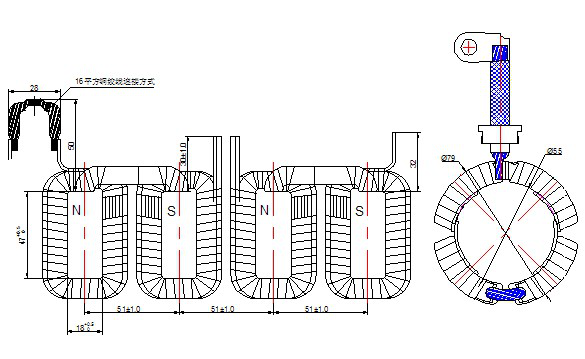 We guarantee you every MZW Starter Field Coils has passed a series of strict tests:

Please send us your list and we will do the search for you manually.

Let Us Do Search For You
Request a Call/Email Back

Starter field coils are replaceable parts found in some starter motors. Together with the starter armature, the coils produce the rotation that cranks and starts the engine. We compiled this guide to help you understand starter motor field coils; their working, what they consist of, how they are wired, and more.

Starter field coils are windings of magnetic wire that surround the armature in a car’s starter motor. They are essentially electromagnets that generate magnetic fields to turn the armature. The rotation happens when current flows in the coil windings of the two assemblies.

In a typical vehicle starter motor, the field coils are held in the field frame. They work together with iron cores (also called pole shoes) to produce enough force to turn the motor. In a starter motor, field coil windings and their cores leave a clearance that’s just sufficient to allow unhindered armature rotation. 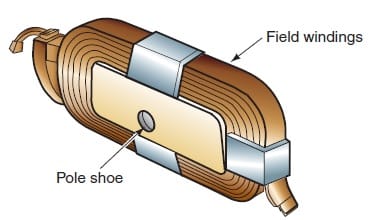 To make field coils, starter motor manufacturers wind many turns of a conductor. The conductor is usually a low-resistance copper and in the form or wire or strips. To prevent shorting, the windings are covered with enamel or cotton. An insulator tape is also wrapped around the coils to offer extra protection.

As we have seen starter field coil manufacturers usually use copper to make the coils. Reasons for that include the high conductivity of copper and other properties such as heat and corrosion resistance. The coils are also made in the right thickness to decrease electrical resistance and reduce ohmic heating.

Inside the starter motor, field coil wires connect to the armature coils in different ways. The method used depends on various factors such as application, the required performance, and more. Each field coil configuration has its upsides and downsides, as we will see later in the guide. Before that, about the starter field coil function in the motor as well as the entire car starting system.

What is the Starter Field Coil Purpose?

To understand the function served by field coils, it’s necessary to be aware of the role played by starter motors. A starter motor spins to start your car’s engine. To do that, it relies on the forces generated by magnetic fields.

The purpose of starter field coils is to conduct an electric current that causes a magnetic flux around the starter armature. The armature also has a magnetic field around it, and the interaction between the two forces causes the movable armature to turn.

The field coil assembly, being the stationary part, does not follow the armature rotation. Instead, it continues to provide the magnetic field required for the armature assembly and shaft to continue spinning.

The starter field coil function is, therefore, to generate the magnetic force required to turn armature. It does so by magnetizing the core and generating a magnetic flux around the wire loops. 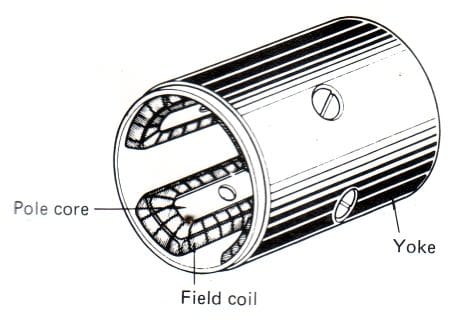 How Field Coils Work in a Starter Motor

Let’s now look at the starter field coil operation that leads to the rotation of the motor. To make it easier to understand, we trace the happenings from when current enters the motor to when the shaft starts to spin.

The performance of starter field coils varies according to different factors such as: 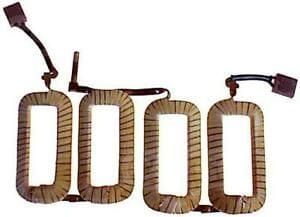 Engineers ensure the starter field coil working described here happens as efficiently as it can be. They do so using several methods, as described below.

First, they use high-quality materials for the conductor so that it offers little ohmic resistance to the flow of current. Most starter motors use copper as the conductor in the coil windings. The material offers the benefits of electrical conductivity and low ohmic heating.

Second, they make the conductor in the form of strips or ribbons instead of wire. This helps to ensure optimal conductivity while also allowing for a maximum number of coil turns. The ribbons also help to concentrate the magnetic field lines for maximum torque.

Third, they use many turns of the conductor to increase the intensity of the magnetic field around the coils. In addition to many turns, several field coils are utilized in the modern starter motor. This serves to increase the rotary force as well as ensure smooth rotation.

Another way manufacturers enhance the effectiveness of field coils is by using the most efficient way to connect them to the armature circuit. Many different configurations available, with each suiting particular applications. Next is a look at some of the way of wiring field coils in today’s starter motors. 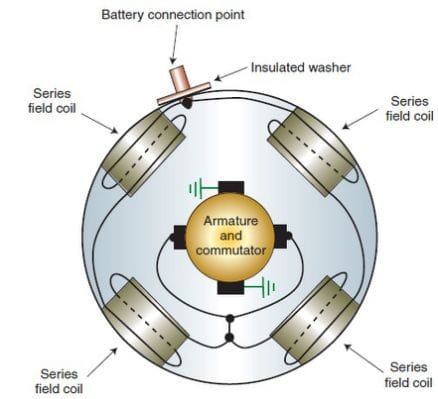 Starter motors usually feature four coils that are connected to the armature in series. There are several other designs for the field coils of DC motors. Here we explain the most common, which are:

Two windings are used and connected to the armature in parallel. The method means both the armature and field coils receive the same voltage. The wires experience little counter electromotive force, which means the torque does not change, even at higher RPMs.

The 2 coils and parallel configuration also comes with two extra pole shoes but without wire windings. These serve to improve the magnetic field without drawing current, allowing for a motor that can overcome considerably large loads.

Because of their low ohmic heating, parallel connected coils can be thick or have a large diameter. But the coils also produce a low torque. When this configuration is used in a starter motor, a gear reduction starting mechanism is also necessary. It helps to make up for the weak rotational force.

This, as already indicated, is one of the most popular starter motor field coil configurations. It comprises four coils and a series connection with the armature. The design offers several benefits, most of which are to do with torque and overcoming loads.

With the field coils in series, the same current flows through the wires. This produces a high torque when the motor initially starts. But it also causes a counter electromotive force in the coils. The EMF quickly decelerates the motor and lowers its torque.

The high initial torque fits high-load starting systems perfectly. Most low-speed, heavyduty starters are, therefore, of this type. Despite the high torque, starter motors with these coils cannot run for long. They speed up too quickly after starting, which can easily lead to damage if unchecked.

It consists of 4 different coils, with one set featuring a series connection and the other parallel. The combination offers the advantages of the different wiring methods, increasing the overall performance.

Field coils of this type produce a much stronger magnetic flux than that of the 2 coil and series connection. Another advantage is the controlled speed that results from the electromotive force of the series part of the coils.

This configuration features three pairs of windings and both series and parallel connections. Because of the large number of field coils and different wiring methods, this suits heavyduty starters.

The series and parallel combination offers two benefits. The series part of the coils ensures high torque to overcome large loads. The parallel connection, on the other hand, helps to control the speed after the motor has begun spinning.

One coil winding is grounded or shunted, while the other two are linked with the armature in series. The main advantage of this method that the motors speed can be controlled. With the shunt coil maintaining a constant amount of current, the motor does not reach destructive speed levels. Starter motors with this kind of configuration produce average torque. 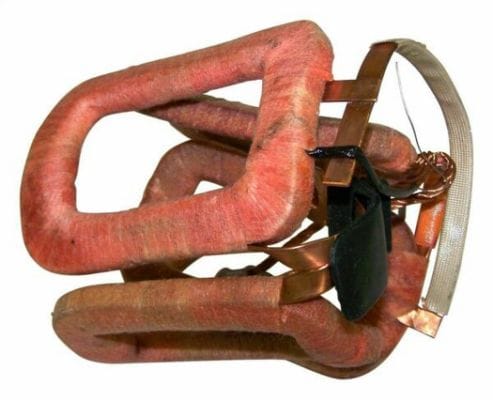 To help you understand field coils better, we compiled a list of questions that we found to be the most asked. These should provide you with additional information about these essential starter motor parts.

Q1. What are the main differences between a starter field coil and armature windings?

2. Do all starter motors have field coil windings?

A. No. Some, especially the modern types, utilize permanent magnets instead of electromagnets. A good number of these motors use field coils, though, which makes the components common in the auto parts market.

Q3. Why are series-connected field coils often thicker than those in shunt wound coils?

A. Shunt-wound coils experience low electrical resistance than parallel wound coils. They, therefore, do not heat up quickly, allowing for thinner conductors to be used. If series-connected coils were as thin, the resulting ohmic heating would lead to damage.

Q4. What is field coil resistance?

A. It means the ohmic resistance of the field coils to current flow. The resistance is usually specified in the manual and can be used to test a damaged coil whose resistance has changed.

Q5. What causes starter motor field coils to get damaged?

A. There are several reasons. Common ones include degraded windings due to wear and corrosion, melted coils as a result of overheating and earthing from stripped insulation. Dust from carbon brushes can also provide a pathway for electrons and ground the coil windings.

A. Yes. It’s possible to fix bad field coils. Many car owners opt for field coil rewinding to remove melted windings or those with severely stripped insulation. Coil rewinding can be done at a repair shop or as a DIY task using a field coil winding machine. Wrapping the coil windings with tape can be a remedy for exposed undamaged coils.

A. An Ohmmeter is used to measure the coil resistance and detect damage. The two problems are connected to either terminal of the coil and readings taken. A high resistance shows melted windings and disconnected circuit, while an almost zero reading or continuity indicates a shorted coil. Various forms of damage such as insulation degradation can be picked out by looking.

Q8. What is the starter field coil price?

A. The cost varies and revolves around $50 for most field coils. A few go for less than that, while some sell for up to a hundred dollars or more. The cost differences result from design variations, material quality, size, and more. The manufacturer too, with some coil brands having higher price tags than others.

Q9. What is the starter field coil rewinding cost?

A. Although charges vary from one region to another, amounts range from $200 to $300 for average-sized motors and higher for larger ones. Motor rewinders usually require the specifications of the old coil windings, so make sure you have them ready.

Starter motor field coils are one of the most crucial parts of a car starter system. Concerned with producing the force to turn the armature, the coils perform an important function. They also come with different features, including wiring methods. Understanding the working and field coils can help you care for your car’s starter motor better. To buy the right ones, too, as an auto parts seller or car owner.

Send Us Your Inquiry