Automotive Sensors: What You Need To Know About These Essential Vehicle Accessories 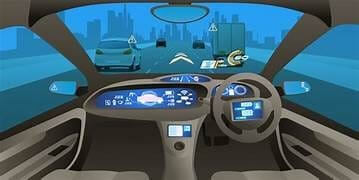 Entering your car, you might think it a simple moving machine.

However, that isn’t the case. The modern automobile is a technology powerhouse- a computer on wheels.

Equipped with several Electronic Control Units (ECUs), the car on the road today can react to changes from both within and outside. And in real time.

ECUs are the computers in a vehicle, the systems that interpret data to effect changes. But these computers must receive signals from different vehicle parts and systems.

The components that supply the information to the ECUs are known as sensors.

This article explains the technology of car sensors and how these devices help to enhance vehicle performance, efficiency, safety, and driving comfort.

What are Car Sensors?

Car sensors are small components placed in various parts of a vehicle to detect changes, both physical and chemical. They monitor different variables, such as:

Auto sensors also detect vehicle acceleration, steering, and other functions. Through the Controller Area Network (CAN), the sensors used in cars relay the information about these changes to respective computers for interpretation. Using the information supplied by the sensors, vehicle computers are able to control different systems and parts like:

The computers do not only control things from the information gathered by the sensors.

If a vehicle system or component fails, the computer alerts you through the dashboard “check engine” light and error codes.

Car sensors send signals throughout a trip, from the moment you switch on the car to when you stop it and shut off the engine.

In essence, the sensors never stop working regardless of whether there is some change to be made or not.

The number and kind of sensors used in automobiles vary depending on car type, model, and application.

The more advanced or costly a vehicle, the more the number of sensors it’s likely to have.

Autonomous cars utilize sensors to guide them, which can range from those that gauge distance, monitor fuel delivery, to the types that determine steering angles.

The sensors in autonomous cars are more intricate than those used by conventional cars and the computers more complex and powerful.

While most are conventional, a good number of the sensors used in autonomous cars are manufacturer-specific and not found on mainstream automobiles.

The Importance of Automotive Sensors

Vehicle sensors replaced the electromechanical controls that characterized the vehicles of the past.

These systems were slow, expensive, demanding to maintain, unreliable, and often prompted action when it was too late.

They were also bulky and required numerous wires to convey electric power.

Electronic sensors are fast and reliable, take up little space, and do not cost a lot among other benefits.

Because they’re electronically controlled, the sensors require little effort to maintain, plus they can detect damage even before it occurs.

Vehicle sensors also alert you of possible failure or damaged parts by switching on a dashboard light.

Programmed to detect various forms of damage, car computers use the information transmitted by sensors to produce the error codes.

This helps car owners and mechanics pinpoint exact problems as well as the faulty components.

Different types of sensors use different working principles and sensing technologies. This makes their designs to vary a lot.

However, most consist of a sensing element or elements, circuitry and connectors, and the hardware to process signals.

The sensing element detects the variable to be measured, converts the variations into a different form of energy, and sends the signals to the microprocessor or computer.

The computer interpreted the signals and uses them to make decisions regarding the control of vehicle parts and systems.

All modern cars come with a computer or computers to control various aspects and operations. These computers are served by specific sensors. Check out this list of sensors found in almost every vehicle manufactured today.

The application of sensors in cars varies a lot and the mentioned examples are only the main ones.

There are many other types some of which may be present or absent in a car.

It depends on whether the vehicle is a high-end model or not.

Depending on preferences and needs, one may install different types of car sensors to improve vehicle performance, safety, reduce emissions, or even make rides more comfortable.

The modern car contains several to a hundred or more sensors.

As auto manufacturers race towards making better cars, the number and types of sensors in automobiles is expected to rise. Vehicle owners, too, are realizing the importance of sensors when it comes to car performance, driving safety, and comfort.

It’s no wonder then, that automotive sensors are becoming increasingly popular.